Back to all posts

What are Process Variants and Why Do They Matter?

Say you were teaching a group of recently-hired analysts to describe and map processes. Suppose as a training exercise you asked them to describe an inning of a baseball game.

Many of us know how baseball is played—at least the basics. Even more of us could probably talk someone else through the mechanics of the game.

But, what would those maps look like after that group of analysts described and mapped out an inning of a game, as a process?

Surely, there’d be some common themes in your set of process descriptions. There would be:

But, before long, some differences would emerge. Not everyone will go into the same level of detail on each component of the game. Some people will include foul balls. Others might explain base-stealing. And some process flows may describe a baseball inning taking place outside the US, and this will mean differences in how innings are mapped out as well. (For instance, in Japan, a baseball game may end in a tie score.)

In cognitive process discovery, we call these differences in the way people perform or describe a process, a process variant. Traditionally, we found process variants just like this—discussing and analyzing the process and then identifying and documenting the variants. Today, with AI-powered, observation-based solutions, we no longer have to rely solely on discussions and luck to find variants. We find them by studying where process owners spend their time.

Ask a claims rep how they adjudicate an auto claim and they’ll tell you about receiving a first report, recording the details of the accident into their system, and asking for supporting documentation like appraisal documents, photographs, and a police report.

In your follow-up, the claims rep may tell you about the fields used to document this process in the system, where they store files, and what they do when bodily injury, or attorneys, enter the conversation. They might begin walking you through the SOX controls auditors ask about. Next, they tell you that when something sounds fraudulent, they pick up the phone and call the Claims Special Investigations Unit.

But, what if you were to ask a second claims rep how they process an auto claim? That second claims rep might walk you through the same process, SOX controls, and explanations about bodily injury and contested claims. This claims rep, perhaps more experienced, might start explaining when the fraud unit gets involved. They’ll show you the automated checklist that they complete in their system that automatically assigns and calculates a fraud score. When they reach a certain point threshold, they pend the claim for fraud review.

By interviewing a second claims rep, you’ve stumbled upon a process variant, a different way to process an auto claim.

In 1949, Harry Harlow, a professor of psychology at the University of Wisconsin, conducted a two-week experiment to study the puzzle-solving skills of rhesus monkeys. He and two other researchers presented the monkeys with a three-step puzzle. Over the next two weeks, they discovered that the monkeys not only could solve the puzzle, they also seemingly did it just for the sake of solving it, with no other reward or reason. They concluded that the monkeys solved the puzzle for its intrinsic reward—completing the task itself. This brings us to the first reason why process variants exist:

Extrapolating those long-ago results to today’s business processes brings us to a realization about human nature: People sometimes do processes just for the sake of completing them, and not with an eye to the reason why the process exists. Without proper training, workers may perform a task just for the sake of getting it done and not to accomplish the task’s true objective.

Experience makes a great teacher, but it also makes us look for faster ways to solve a problem. What happens when a claim needs to be paid, but the person authorizing the payment is out? The temptation to bend rules may arise. Someone with implicit knowledge developed over the long term may be tempted to split the payment so that it can be released by bringing it within the limits allowed by the Delegation of Authority matrix.

Humans resist change. That inertia means we sometimes cling to old processes when a new one is introduced. If claims reps have calculated the salvage value of a totaled vehicle manually and now must input data into an automated tool, they may resist this change and still double-check the tool’s calculations manually, or even circumvent the entire solution by performing the calculation outside of the system.

Why Do Process Variants Matter?

Process variants matter because they’re part of a business—and reflect the realities and temptations that employees within a process face. You can learn as much about a company and its processes through its process variants as you can through a review of its official policies, procedures, and processes. Process variants suggest inefficiencies, automation failures, broken internal controls, and areas where worker training may be needed.

The true value of process variants comes in determining their root causes—and what needs to be done to address them. Addressing process variants and bringing them back under the control of the company’s official policies, procedures, and processes improves a company’s internal control structure and the adequacy, effectiveness, and efficiency of its functions and business models.

Process variants exist in all companies. Knowing what they are and why they exist is critical to achieving peak process performance. Through AI and new cognitive technologies, it’s now much easier for businesses to identify and address their process variants. A clear strategy to resolve these process variants should play an even more important role in the operational strategies of all businesses now that the technology exists to find them. 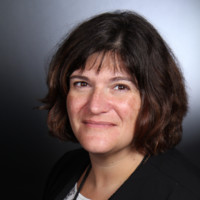 “One of the things you don’t ever want to do is to automate a bad process. You are just going to make bad things happen faster, and that is not what anyone wants.”
Jen Faria
Digital Enablement and Automation Services Lead, AVP FM Global

The Invisible Enterprise: The Missing Piece in Process Maps

Ready to get started?